Biome Makers Inc. chosen as the best agtech startup by Nikkei in Japan

The company is once again awarded for its innovative spirit and for the development of cutting-edge technologies at the service of improving crop yields.

The fusion of agriculture and technology returns to the spotlight thanks to the AgriTech Summit event held in Tokyo (Japan) on June 11th, 12th, and 13th. An appointment organized by Nikkei Inc. has included companies from up to 10 different countries. During the three-day summit, the discussion on how to overcome the problems facing modern agriculture has deepened. Modern solutions to these obstacles involve the development of new tools based on the latest technological advances.

This challenge has been carried out by companies from four of the five continents. Companies from the United States, Japan, Israel, Slovenia, Turkey, Thailand, Australia, the Netherlands, the United Kingdom, and Norway have come together to continue betting on the use of technology to achieve greater yield and preserve the continuity of crops.

During the second day of the AgriTech Summit 2018 the Pitch Run has been celebrated, a competition that has challenged 26 companies to reveal their innovation in a few minutes and to convince the jury to be chosen as the best in their field. The American company Biome Makers Inc. has been one of the 4 companies awarded by Nikkei after its presentation at this meeting. The startup founded in Silicon Valley and based in West Sacramento has managed to stand out from the rest of the companies in its category, and win the award for the best innovation in the AgTech industry. 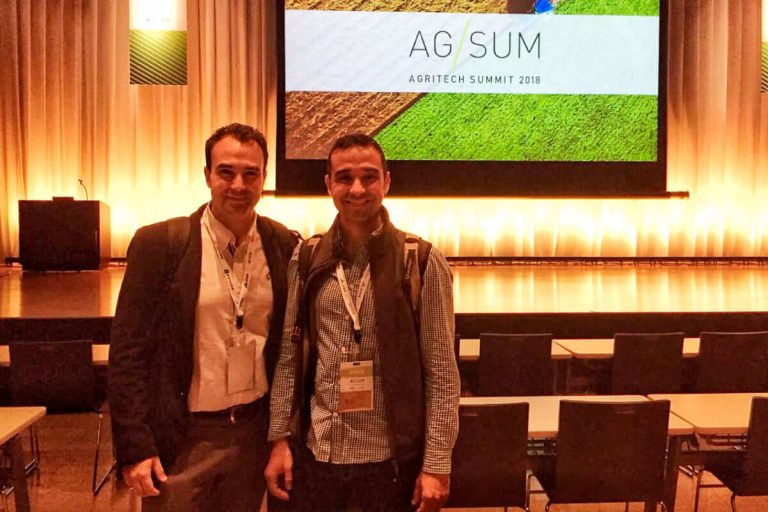 This award is a new recognition for Biome Makers, which has achieved awards around the world and has established itself as one of the most promising startups with an evolving technology. Adrián Ferrero and Alberto Acedo, founders of the company, began as the first non-American entrepreneurs selected by Illumina Accelerator in 2016. Since then, the company has been chosen by Terra Accelerator and Plug and Play for its acceleration programs. In addition, the company has won awards such as AgFunder Innovation (or Winnovation) Award, and it has been selected by Bayer as its new colaborator tenants.

“For us, this award reinforces our strategic position in the international Agtech scene, and is a boost to continue working on the development of tools to achieve a regenerative agriculture,” says Adrián Ferrero, CEO of the company.