by Juan Vicente Beneitez Lajas on 20/May/22

The Vinyes Domènech winery has successfully improved the health and functionality of their soil based on the BeCrop Test, a microbial soil analysis.  In this article, we will provide details of this success story.

In 2002, the Vinyes Domènech winery was founded in the southern part of the Catalan Priorat. The Domènech-Nogueroles family had a vision: their winemaking project would preserve and enhance the estate's heritage while respecting the protected unique ecosystem with one hundred hectares of forest on the property in which it was immersed. Although, the Vinyes Domènech faced a variety of problems:

In its constant search for more sustainable solutions and agricultural practices, Vinyes Domènech made the decision in 2017 to assess the soil in one of its four terraces, the 28th. To do so, they conducted a study with Biome Makers using the BeCrop Test, a microbial soil analysis that used the microbiome and its interactions, with key indicators: bio-sustainability, soil health, and nutrition. The objectives of this study included monitoring the health of the soil, identifying potential risks, measuring and improving the impact of inputs, and agricultural practices, and characterizing the biological terroir of the plot.

BeCrop Test confirmed a high concentration of pathogenic microorganisms which could generate disease risks, poor adaptability of the vines to stressful situations such as sudden changes or adverse weather, and low availability of soil nutrients for the plants in the plot.

Based on the comprehensive BeCrop analysis, a step-by-step guide was created to improve these conditions.

In 2020, after three years of improved agricultural practices based on soil functionality analyses, Vinyes Domènech decided to commission a second evaluation of plot 28 to measure its progress since the first analysis.

In conclusion, vine mortality is now much lower, micronutrient deficiencies have disappeared, and the soil is alive. The BeCrop Tests have been a key factor in guiding the changes made at the Vinyes Domènech winery. The new agricultural practices had a positive impact on the vineyard and helped them implement a sustainable, regenerative system in line with Vinyes Domènech's philosophy of maintaining the balance between the ecosystem and the crop. Proof of this came in the form of the "Qualified Estate Wine" recognition by Incavi and DO Montsant and the Vine-Grower Award by the same Designation of Origin conferred in 2019.

Did you find it interesting?

Watch the complete webinar (in Spanish) 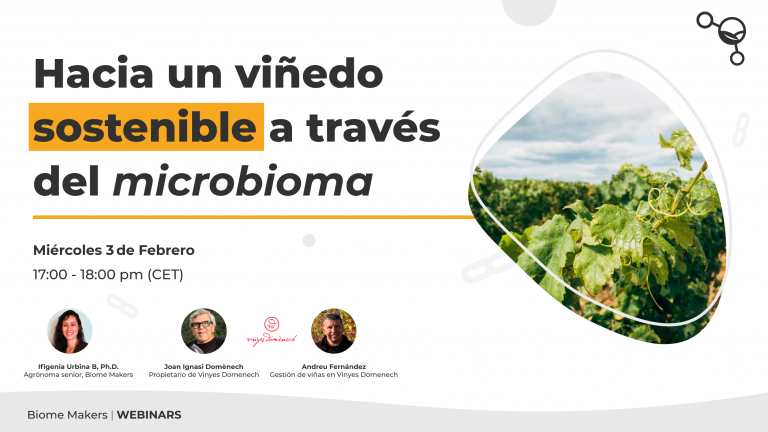